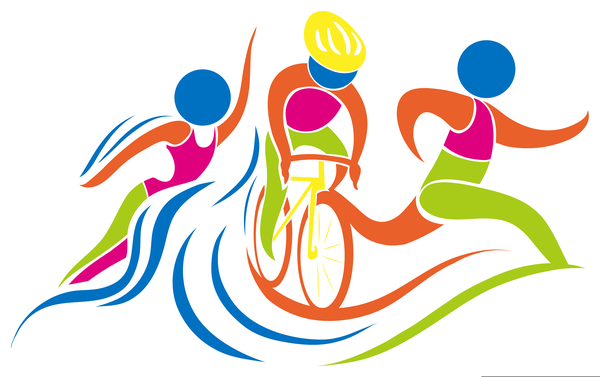 A triathlon consists on swimming, running, and biking. Photo from: http://www.clker.com

With the start of the new school year comes new students, faculty, and clubs! This year Notre Dame is introducing its first triathlon club, run by Ms. Nicholas and Coach Kramer.

A triathlon consists of swimming, biking, and running. According to Ms. Nicholas, “there are also other multi sport races that are a combination of the three. For example, duathlons are races that involve biking and running, but no swimming.”

The triathlon club will train with a series of blocks designed by Coach Kramer and Ms. Nicholas. They will begin in the fall semester with running, where members will learn about “proper form, heart rate zones, and technique.” After the running block, the club will move on to biking and swimming.

Senior Rami Saad, who has been on the ND cross country and track teams since freshman year, said, “I’m excited for the triathlon club because it is something I have never done before. I am also looking forward to practicing and competing with the other students in the club.”

Since the club members can’t go to school and practice together due to social distancing guidelines, workouts will be posted for them to do at home. There will also be monthly virtual challenges and scavenger hunts to help the members gain stamina and prepare for the races.

In the spring semester, when students are hopefully back at school, there will be a series of training sessions with all three exercises in preparation for their first real triathlon. Members will test out equipment and practice on the race course. There is a tentative plan to compete in 4 triathlons in spring 2021.

Ms. Nicholas said, “Both Coach Kramer and I have competed in triathlons for many years. We both feel it is a great way to travel the world while doing something healthy. It is a lifestyle for us and we look forward to sharing this sport with the ND community. Racing is great because you can compete at any age against other people in your age group, all the way up into adulthood. It’s one of the only sports that you compete on the same course as professional athletes.” Coach Kramer and Ms. Nicholas are USA Triathlon certified coaches.

If you enjoy swimming, biking, and running, or want to get better at those sports, the triathlon club is a great way for you to heighten your abilities. It is open to anyone. If you would like to join, please contact [email protected]!