Opting in to a Pass/Fail Grading System? 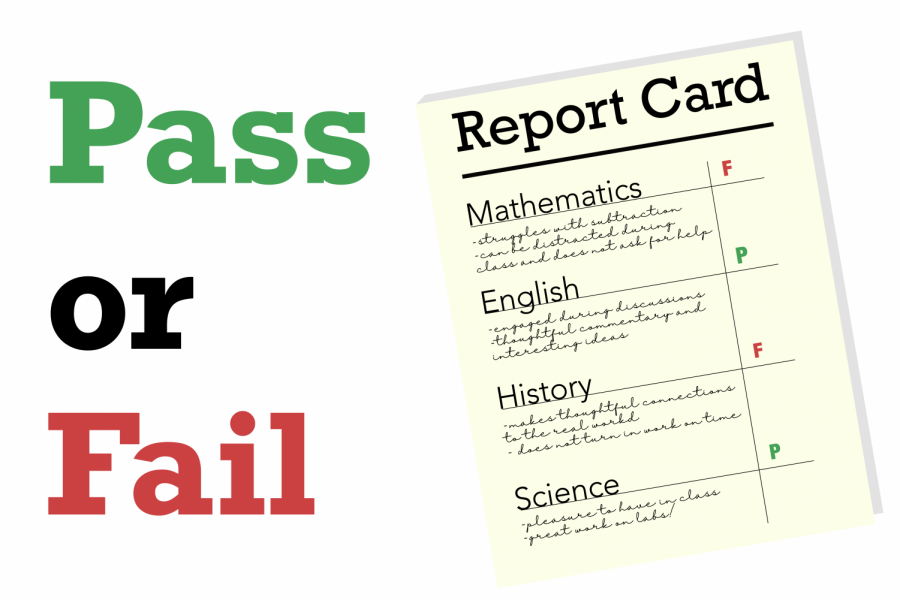 Whether you’re an adult with a 9-5 job or a student attending classes online, 2020 is probably a year you’ll never forget. With the COVID-19 pandemic, our lives have changed dramatically in a fairly short amount of time. Some schools on one hand have been changing their grading system due to the pandemic. Traditional grading systems usually consist of letter grades which most schools use. Each percentage is associated with a letter, for example, 93% or higher is an A, 90-92.9% is an A-, 87%-89% is a B+, and so on. However, with the pass/fail system, a student who receives any grade C or higher, passes the class, along with some great advantages of taking a class with a pass/fail policy.

Many universities have opted to a pass/fail grading system as they have transitioned into an online learning environment. This policy has even been integrated into the prominent eight Ivy Leagues, adopting some form of pass/fail grading policy. The new grading system helps to establish a more lenient way to evaluate students as some face hardships when it comes to an online learning system. A few examples include an unstable internet connection or a distracting environment to study in.

One of the many benefits of having a pass/fail grading system is that it puts less stress on the students. Students who take courses with the traditional grading system often undergo stress that they have to endure throughout the school year. Based on a course’s curriculum, a specific category can weigh differently, with a final exam that can sometimes even represent 30% or more of the final grade. If a student does well throughout the entire year and fails at the wrong moment, for example the final exam, the letter grade would not be an accurate representation of the student’s knowledge of the class. The pass/fail grading system eliminates this problem and puts off the pressure and stress caused by letter grades.

Another advantage of having pass/fail grades is that it would reduce competition and create more cohesion. When teachers curve grades, students are less likely to help and collaborate with their peers as it could impact their own grades. With a pass/fail grading system, students wouldn’t compete with other students to earn themselves a higher grade. Students would be more willing to help each other out and form study groups so that everyone can pass the class. There would no longer be any stress or pressure to get an A on all the assignments.

Furthermore, the pass/fail policy creates a more fair grading system particularly within subjective classes like English and Art. Classes such as mathematics and science have definitive right or wrong answers, while classes that are more subjective can be graded based on favoritism or arbitrary decisions. A pass/fail grading system completely gets rid of this issue.

As important as an unbiased grading system is, a pass/fail policy also removes the negative stigmas around having “bad grades.” The issue with associating a letter to determine your knowledge for a course is that it discourages students who need the most help. Their efforts become stigmatized negatively by becoming associated with a “bad grade.” But, the pass/fail grading system shifts the focus away on the final result. Overall the pass/fail policy has more advantages towards students, especially as we  are experiencing an unforeseen pandemic.