Educate Yourself on How to be Antiracist 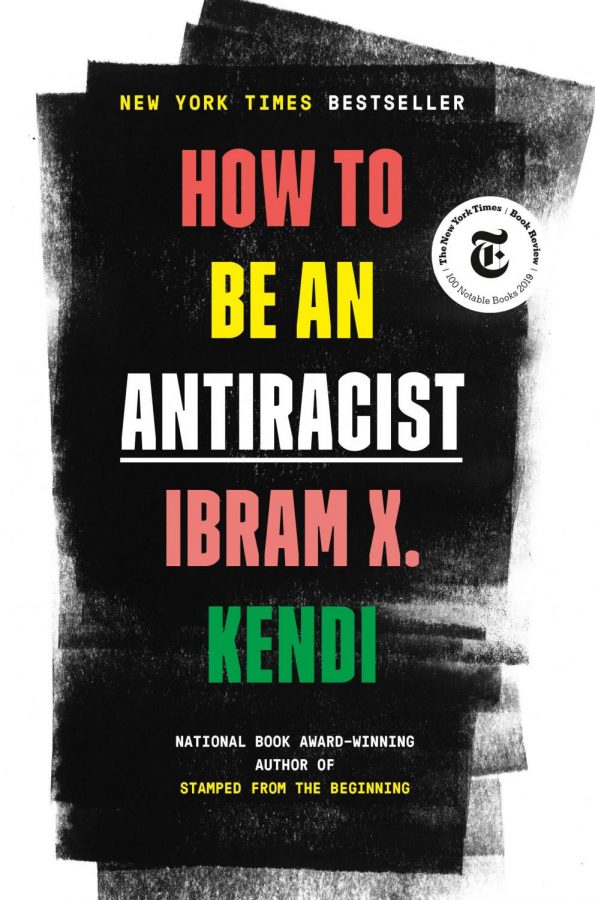 Calling for racial justice has been a predominant part in our world today after the horrific killings of George Floyd, Ahmaud Arbery, Breonna Taylor, and so many more. There have been multiple protests around the United States calling out racism and police brutality. A long history of injustices that have been taking place towards black Americans in our country has been put on prominent display.

While it might be difficult to hear about racism, it is so important to educate yourself about it. We must take it upon ourselves to listen to the previously untold stories of those dealing with this injustice everyday. Today, we see a simple post or tweet about protests, but do we really know the backstory as to why these thousands of protests are happening? Do we know of the intolerable acts from the past and the present that has made the world come to where it is right now? Reading books and watching movies about this topic is a great way to educate yourself and step into someone else’s shoes for a change.

How to be an Antiracist by Ibram X. Kendi-This book is extensively researched/enlightening. It talks about the history of systemic racism, how racism influences the way we see ourselves and others, the frequent self-examination anti-racism requires, the unjust policies created that engendered racism, and assimilationist ideas rooted in the belief that certain racial groups are inferior. The New York Times stated, “What emerges from these insights is the most courageous book to date on the problem of race in the Western mind, a confessional of self-examination that may, in fact, be our best chance to free ourselves from our national nightmare” (nytimes.com).

Just Mercy by Bryan Stevenson; This true story vividly describes a corrupt justice system that punishes the innocent and poor and rewards the guilty and rich. It depicts prosecutors sentencing juveniles to life without parole, which is happening not because prisons are full of unrepentant juvenile lifers who can never be rehabilitated but because of racist structure of perverse incentives that encourage prosecutors to pursue mass incarceration instead of justice. The story clarifies that everybody’s responsible, and when a society dehumanizes certain individuals that society loses its own humanity. It vividly explained racial profiling used to maintain white authority by singling out people of color. It provided a fresh take on exposing the truth about mass incarceration in the U.S..

The Sun Does Shine by Anthony Ray Hinton-powerful and emotional 272 page memoir that describes and takes you through the thirty-year journey of Anthony Hinton who was wrongfully sentenced to death for the crime of murder that he did not commit. For this poor black man, the only sense of hope he was given was the power of truth, and that one day it might set him free. He spent his life on Death Row dedicated to transforming not only his spirit, but his cellmates’ spirits too. With the help of his attorney, Bryan Stevenson (also the author of Just Mercy), he was finally proven innocent and released in 2015. The novel exemplifies what the justice system is like for men like Anthony.

The Warmth of Other Suns by Isabel Wilkerson-thought provoking 622 page novel of untold stories that discover three separate voices of two black men and one black woman and the journey of their migration. Wilkerson compares their migration stories to other historical migration stories. After interviewing thousands of people, this tale of these Americans journey’s finally came to be and how they altered cities, states, and the country. Wilkerson captures the lives of Mae Gladney, George Starling, and Robert Foster. The reader is taken through the journey of their cross country trips by car and train, along with their new formed colonies eventually turning into ghettos. This novel gives an insight into their hard work and determination for a better life.

Osose Egbase ‘21 said, “I think books typically do the best job of portraying racism from the perspective of minorities, as they are typically written from someone with first-hand experience. While movies can capture the awkwardness and discomfort of those scenarios, it’s hard for them to really portray how the receiving ends feel on the inside trying to maintain their reactions.”

Just Mercy– a thought-provoking true story- Michael B. Jordan plays attorney Bryan Stevenson who tries to get an innocent black man, Walter (Jamie Foxx) off death row. The two hour and fifteen minute film demonstrates how the criminal justice system is quick to write off black people as guilty even without evidence to avoid placing a white person who possibly did the crime in their place.  (136 minutes, rated PG-13) (Amazon Prime)

The Hate You Give-Amandla Stenberg plays Starr Carter, a teenage girl who attends a wealthy, white prep school outside of her poor, mostly black neighborhood and witnesses the murder of her childhood friend at the hands of a police officer. Despite threats from others and racism from her friends at school, Starr chooses to be the voice the people in her community need to lead a movement against systemic racism and injustice. The two hour film delivers an interesting and emotional take on the dire consequences of using white privilege for bad instead of good and how one person can make a significant difference. (2h 13 min, rated PG-13)

13th documentary- “The whole film is a visual tour through racism. We’re giving you 150 years of oppression in 100 minutes. The film was 150 years in the making.”~director Ava DuVernay; It shows the disproportionate number of prisoners who are black and how laws are more lenient on whites than blacks engendering an unequal double standard. It dauntly depicts the dehumanization of African Americans due to inequalities in the U.S. criminal justice system. (1h 40 min) (Netflix)

Selma– David Oyelowo plays Martin Luther King Jr. and his influential journey from winning the 1964 Nobel Peace Prize, all the way to his march in Selma, Alabama, to Montgomery the next year. Director Ava DuVernay, takes the audience through the hardships King had faced speaking up for what he believed in. This two hour film also shows the pressures he was put under by political leaders on the federal and state levels. The audience is able to capture his determination for racial justice and not letting anyone stand in his way. (2h 8min, rated PG-13) (Hulu)

Stay Woke: The Black Lives Matter Movement–  A short, 40 minute documentary that chronologically portrays the evolution of what is known as the Black Lives Matter Movement. Directed by three time Emmy Award winning Laurens Grant, she gives you a first person insight into what it is like to be a local activist, journalist, protester, scholar, and more during this movement. After the deaths of Eric Garner, Trayvon Martin, Freddie Grey, Michael Brown, and many others spread online, this took the world by storm. Activists demanded change by organizing protest, sit-ins, along with spreading #BlackLivesMatter on social media. This is the story of how young people discovered their voice which led to a social movement that is still taking place today. (60 min) (Amazon Prime)