What in the World is a “Widget”? 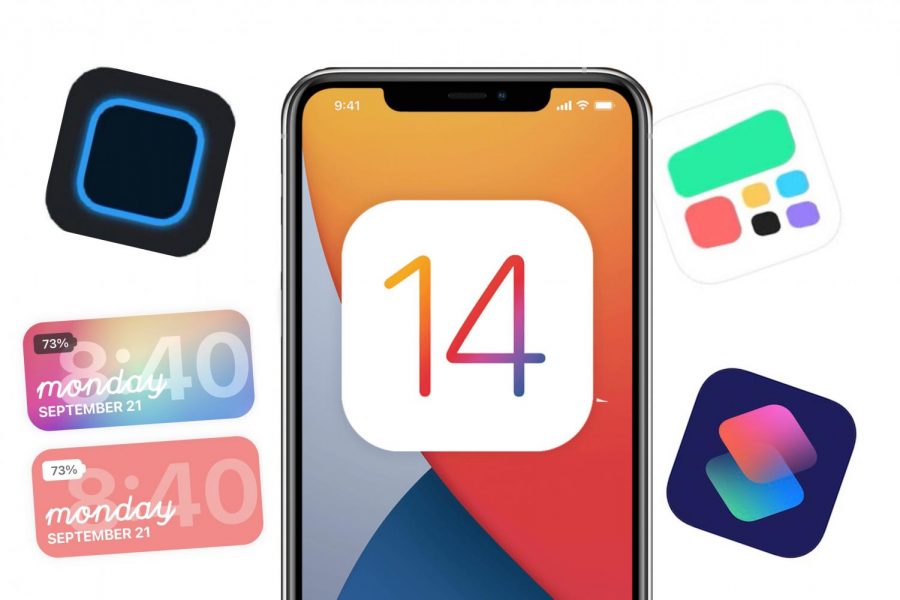 The beloved applications "Widgetsmith," "Color Widgets," and "Shortcuts" of the iOS14 update.

Opening up Tiktok in mid-September and scrolling on your For You Page had you bombarded with several influencers proudly showing off their new iOS 14 homescreens that had taken them hours to design and create. Since Apple released their latest iOS update on September 16th, 2020, many are calling it “their biggest update yet” (-MacRumors.com Staff). The newest features that the update includes are space-saving looks for incoming calls and siri, a “hidden” app library from your main homescreen, and the support for widgets and smart stacks.

“I think the update is great. Apple does a decent job of keeping up with competition, like with implementing the widgets. The app library placement is a bit weird in my personal opinion, but I do understand its purpose. Overall I do believe the features from iOS14 update are the most actively used compared to features from previous updates, so despite it feeling somewhat the same, it is considerably useful,” expresses our Technology head, Mr. Patel.

Now, when receiving a call on your iPhone, there is a small drop down notification (similar to that of a text) and only tapping on it will take you to the incoming call screen that it has always been. This allows for minimal disruption while you’re scrolling or doing something on your phone and a call comes in. Apple really sought out for our screens to have a sort of sleek look to them when we’re either using them for something or receiving a notification. Siri also has a new space-saving look to her as Siri no longer takes up your entire phone screen. Instead, she’s like a glowing orb at the bottom of your screen, ready to assist with whatever you summoned her for.

The most popular part of the update is apps can be removed from your main homescreen and placed into an app library, as well as, the support of widgets. Widgets allow for a more personalized homescreen. Different colors, fonts, and usages of widgets are available. Using the app Widgetsmith gives you three sizes of widgets (small, medium, large)  and 6 kinds of personalizable widgets: time, date, custom photo ones, battery percentage, calendar and reminders. There is also a timed feature for widgets that only show up at a given time at it’s designated place on your homescreen.

Because of the app library, you can now choose which apps actually show up on your homescreens. If a user does not want a particular app showing on their homescreen for whatever reason, but still needs the application on their actual device, the app can be placed inside the app library that shows up when you swipe left on your last homescreen page. Keana Ravello ‘22 excitedly says, “Along with being able to decorate my phone screen as my own, I really adore the option to get rid of apps I don’t normally use and put them off into the app library since I used to have 10 different, disorganized pages full of apps I seldomly launched or opened.”

Despite the Shortcuts application coming before the iOS14 update, only now are users frequently using it to make their very own, original app icons with whatever photos or symbols they choose. Combining their one of a kind app icons with their Widgets of their choice and design, the beloved customizable feature of the iOS14 update is celebrated.

With this new personal look to everyone’s iPhones, it has become a popular trend to show off what aesthetic or theme you made your iOS14  homescreen fit under. The themes range from favorite books or bands, color coordination, personal photos, anime, and more. Although a tad bit time consuming to create a cohesive theme throughout your iPhone homescreens, it is definitely worth the feeling of satisfaction you feel every time you see the things and people you love displayed exactly where you want and how you want on a device you use everyday as a citizen of the digital age.